Paraphilia is when the excitement and sexual gratification of the person depend exclusively on the recurrent fantasy or realization of a special and unusual act, that becomes the main focus of sexual behavior, paraphilias are atypical variations of sexuality that constitute a sexual compulsion or an addiction. It usually has its beginning in childhood and puberty although it manifests later, the person who really suffers from this disorder is constantly assaulted by the need to satisfy his sexual desire, even though this interferes with his daily life, ignoring in many cases other responsibilities.

Psychoanalytic theory considers that behavioral disorders are symbolic expressions of unconscious inner conflicts that generally go back to childhood.

The libidinization of anxiety, guilt and suffering is a defense method characteristic of paraphilia, there is a compulsion to repeat without ceasing a pattern of sexual behavior, where the source of pleasure is displaced outside the sexual relationship and is obtained from some other activity or object. The most common paraphilias are: transvestism, fetishism, sexual sadism, exhibitionism, pedophilia, sexual victimizers, as well as many lesser known ones, it is very difficult to treat this disorder because people with paraphilias do not normally seek treatment, their behavior is a source of pleasure and encourages them to continue with this practice.

The method used by the therapist to achieve his cure is often in vain, since there is no motivation in the subject to change their behavior, in adittion, the victimizers do not feel responsible for their actions because they say they are unable to control their impulses.

Faced with this sad reality finding a solution to behaviors such as sadism and pedophilia becomes extremely complex, practices that unfortunately generate many victims, and as a society,  we should try to combine our efforts to eradicate them. 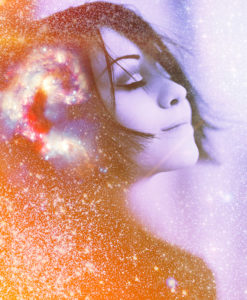